An early start and after breakfast we headed off to the Citadel War Memorial.  We looked at symbolism within the cemetery, the gravestones, the tomb of the unknown soldier and the inscriptions of those who lost their lives in World War I.  The children were very respectful and made mature and thoughtful observations about what they saw.
A short drive to Arras city centre to visit the beautifully ornate Town Hall.  At first sight we thought it was a church due to its architecture.  We learnt about the features of the different buildings and the period they were built in.  We headed underground into the chalk quarries.  We learnt why so many of the buildings in Arras were built from chalk and saw first hand where the chalk came from.  The quarries were then organised into a warren of tunnels that housed 26,000 British soldiers who used them to prepare for a surprise attack to reclaim Arras. 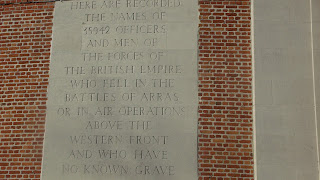 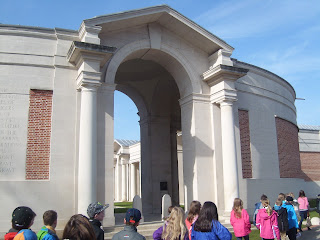 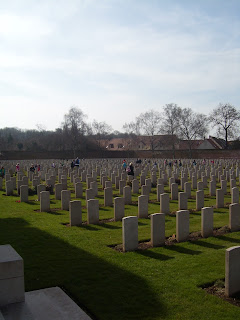 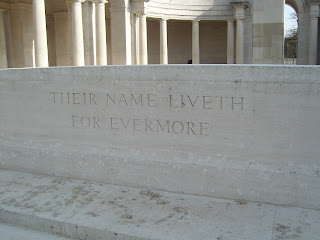 ﻿Underground at the city of Arras
﻿﻿﻿﻿


After lunch and a play on the local playground we went up to Vimy Ridge to look at the World War I trenches of the British and the Germans.  The 'no mans land' between the two armies was as little as 20 metres in some places! 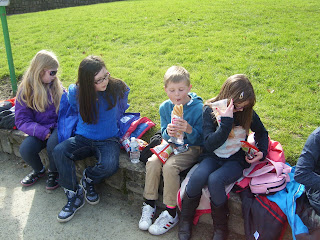 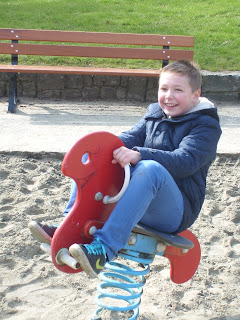 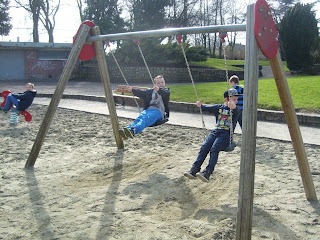 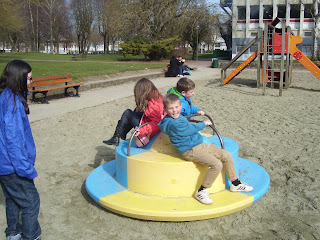 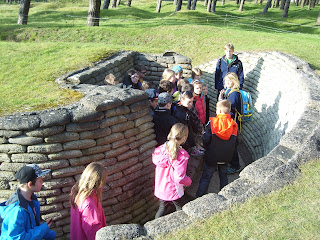 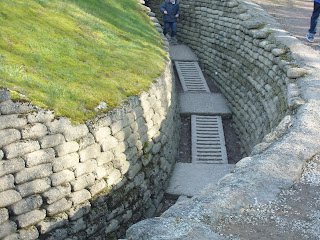 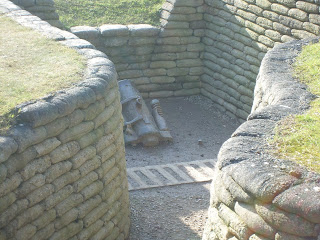 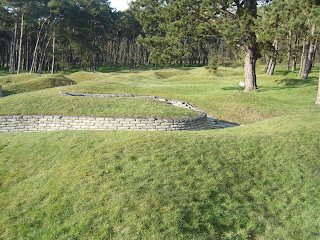 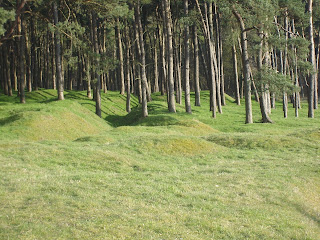 Just a short trip to the most magnificent memorial we have seen!  The Vimy Ridge Memorial stood 37 metres high and comemorates the 60,000 Canadian soldiers who lost their lives during WWI.  The walls are engraved with the names of 11,285 men whos bodies were never found at Vimy Ridge.  It was constructed in 1928-1936 and the beautiful architecture is breathtaking. 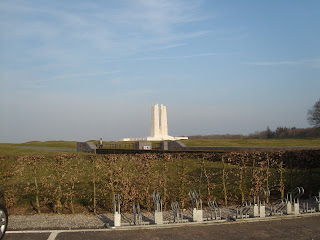 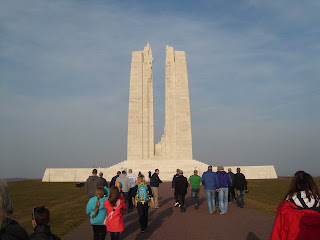 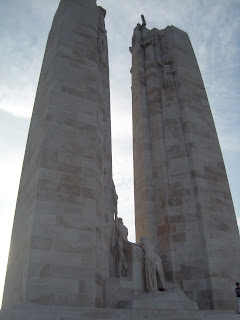 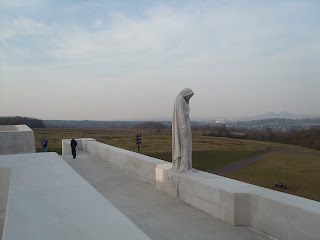 Posted by Shavington Primary School at Wednesday, March 06, 2013
Email ThisBlogThis!Share to TwitterShare to FacebookShare to Pinterest