We started the day with a trip to the Water Pavillion, we didn't know what to expect as the building was slanted downwards. Outside the pavillion there were water dancing features powered by solar panels. After looking at the fountains we went inside and watched an amusing animation all about the water cycle. Next we observed the water experiments and got involved by pumping water into the bucket which made the fish eyes glow as well as his tail moving! After that we went towards the experiment room where there were lots of interesting things to discover! There was a rainbow maker where we had to press lots of buttons to create a wonderful rainbow, also there were water tornadoes where you could change the size and length. Everyones favourite was the dancing balls, water spouted up in the air and then you placed a sponge ball on the water and it looked like it was dancing as it balanced on the water. Nicole played Frere Jacques on the glass bottles filled with water, the lowest sound had the most water and the highest sound had no water. The building was designed to muddle our minds and Mario proved to us the floor  was striaght even though we were all convinced it was on a slope, it was a great place enjoyed by all.

After a walk through the park and many many photos we headed back to school for lunch. The kindergarden was our next stop where we were greeted by the youngsters singing a welcome song in English, they then performed traditional dances. They were very brave and very cute! They treated us to some tasty treats that they had made in school. We also had a look around their classroom.  They had done some lovely work which we enjoyed looking at. We came back to school and the children performed a carnival parade with dancing and music. When they had finished dancing and singing we all went to the sports hall and played traditional games together.  We learnt a new dance too, great fun! We then had a look at some of the science experiments that the children were doing in school. Danielle spoke beautiful English and explained all the experiments to us. Danielle has been looking after us and we have thoroughly enjoyed getting to know her. We are just getting ready for our leaving dinner all together. 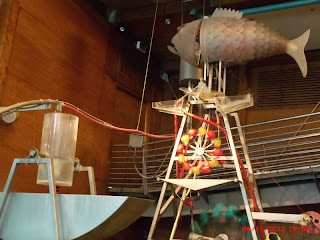 There were lots of fun things to do at the Water Pavillion. Guess who got the wettest? 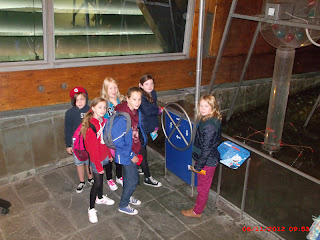 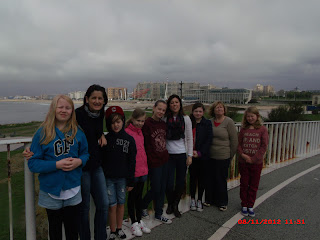 Photo opportunities by the beach. 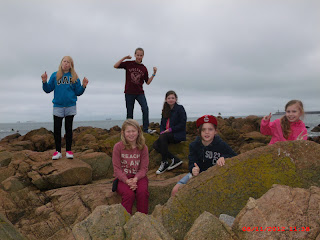 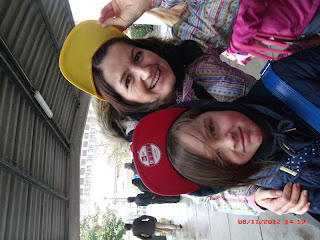 Mrs Llewelyn-Leach tries to copy Maddie's fashion - but ends up looking more like a duck!! 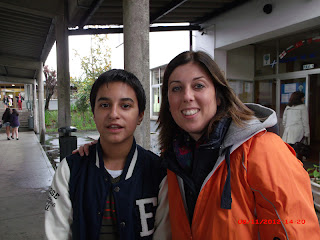 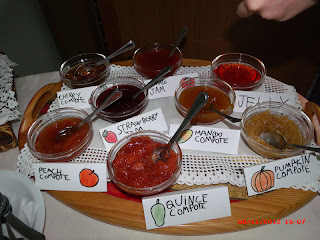 The kindergarten children had made jams and chutneys - just like us. 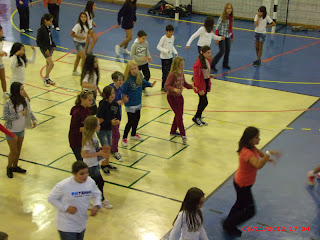 The girls join in with a Portuguese dance.﻿ 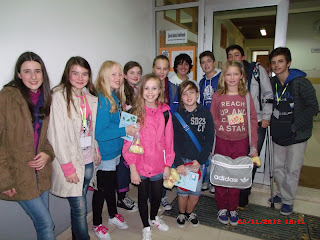 Some of the Portuguese Ambassadors that looked after the girls, with their new found friend Daniella who also spoke OUTSTANDING English!! 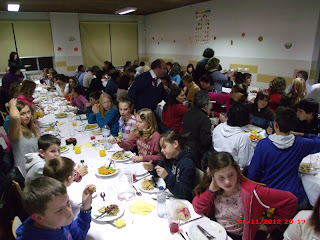 Our farewell dinner with lots of lovely COD!!!! And tasty puddings prepared by the children and their parents,
Amigos de adeus!
Posted by Shavington Primary School at Thursday, November 08, 2012
Email ThisBlogThis!Share to TwitterShare to FacebookShare to Pinterest

Looks like u had a wonderful day and I would much rather of been in a water pavilion than doing tests at school! Lol ! Looking forward to seeing u tomorrow mum ! Can't wait bye love u Grace xox