Another very busy day in France!  We set off early and headed to Arras. We went to the Wellington Quarry; battle of Arras memorial from World War 1. Here we ventured 20 metres underground into the chalk quarries of Arras.  This we learnt was the site where during WW1 the allies prepared a diversion attack on the Germans.  We learnt how the New Zealand tunnellers were in charge of linking up the quarries to create a true underground network where 24, 000 soldiers could be quartered, waiting for the surprise attack.

After going down 20 metres deep in a glass lift our tour showed us the living quarters, litrines, general's office and even bunk beds.  The quarry named Wellington by the New Zealander's preserves the memory of these thousands of soldiers a few metres from the front line, before their surprise attack on the Germans. We all found it fascinating, what an experience!

From there we went on to Vimy Ridge, this is where we saw the most amazing memorial to the Canadian soldiers who lost their lives during the first world war.  We learnt how Hitler fought in the battle to free Vimy Ridge and vowed during WWII that the Germans would respect the memorial during the war.  11,285 names of Canadian soldiers are engraved on the memorial.  We were very interested to find many of our surnames on the plaque!

Then we set off to the trenches. WOW! They were so interesting we got to walk in both the Allies and the German trenches.  We couldn't believe how close together they were.  We learnt about no mans land and saw the craters left behind from the shelling during the fighting.  We were able to identify many differences between the designs of the trenches.

Such a busy day! Very interesting to learn about WWI it raised many issues and questions relating to our work on WWII.
We ended our day with a mini olympics.  What fun! Bridges and roundabouts was a firm favourite although when we get home mums and dads might not agree (we got a bit muddy!) 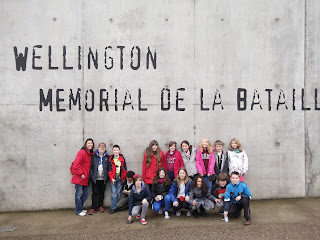 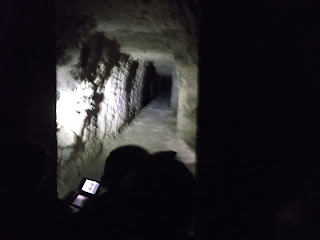 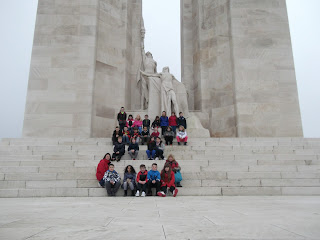 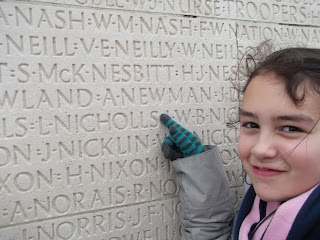 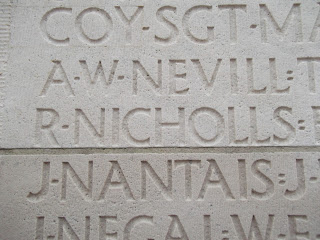 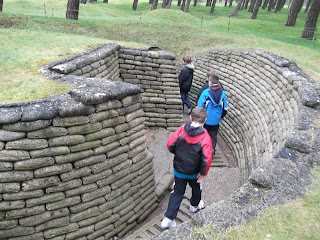 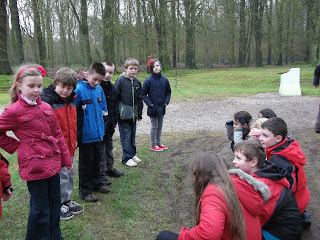 Posted by Shavington Primary School at Tuesday, February 28, 2012
Email ThisBlogThis!Share to TwitterShare to FacebookShare to Pinterest

Wow, what a busy and interesting trip you are having, it looks and sounds really good – wish we were there too! Hope you all enjoyed the snails and frogs legs or maybe you’d prefer to stick to croissants and cakes.
Enjoy the rest of the trip and watch out for the lamp posts Emily! Don’t forget to bring back some of those yummy cakes!
Love from Donna, Iain and Harry.