Our train left Crewe at 0923 this morning to waves and a few tears!

We arrived safely at our hotel and the sun was shining on our happy faces.

Lunch was at a five star bench overlooking the Irish Sea on the famous Llandudno Promenade. We had first class guests in the shape of some seagulls, who managed to home in on Jack N to taste his sandwiches!!

After a play on the beach we strolled along the pier before taking in the delights of a traditional Punch and Judy show "that's the way to do it!"

Our ice-creams were soon devoured despite being asked to move on by an impolite shopkeeper, who thought we were affecting his sale, we thought otherwise but politely moved on!

After a lovely 3 course meal we went to watch the Llandudno Town Band who had us marching around the deckchairs on the prom. Some of us were also lucky enough to conduct the band. Alex H had a great time!!

We are all now ready for bed having had a super day and a super chip supper. Roll on tomorrow and all that it brings. 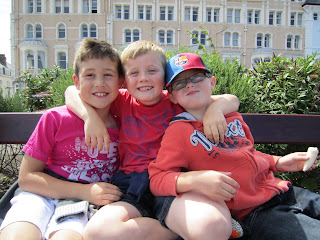 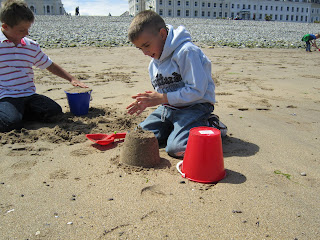 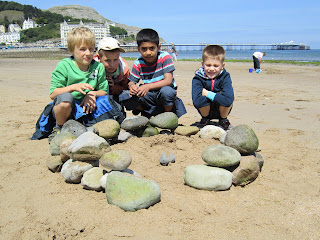 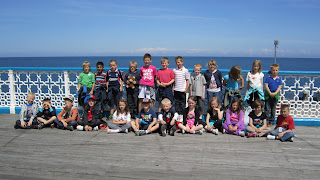 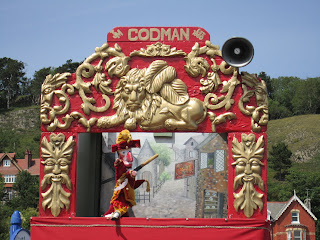 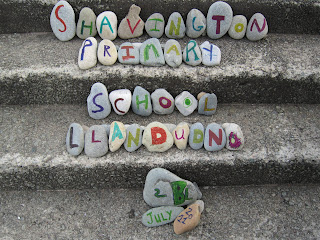 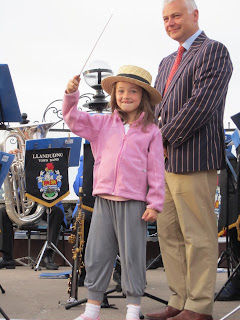 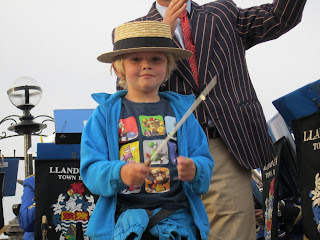 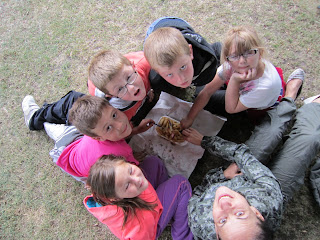 Posted by Shavington Primary School at Monday, July 11, 2011
Email ThisBlogThis!Share to TwitterShare to FacebookShare to Pinterest

Wow year two you have been busy bees! Tell Jack to keep a tight hold of any future sandwiches! Alex and Grace look like they were naturals! So glad you've had the sunshine to really enjoy the seaside. Love the sandcastles, love the decorated pebbles, love the photo's! Enjoy your last sleepover, see you tomorrow. Lots of love Mrs Nicholls and year 5.